I said in my last write up regarding the managerial situation that the successful Palios’ needed to appoint someone who wants to be at the club, someone with an understanding and love for the fans, if they wanted to put themselves and the Rovers back in good stead for the future. I named Micky Mellon as someone who I’d want, he’d have to return, in the hot-seat and I gave a few reasons for that. Well, on Bank Holiday Monday, little under a year since he departed for the SPL and Dundee United, the Scotsman, someone who I have great admiration for, has come back for more! This is why I’m so happy about that news, even if he has got a lot of work to do this summer to get ready for another tough and interesting campaign.

Mellon was first appointed as Tranmere manager in October 2016, he joined a struggling team and a club which he loved but had seen their stature drop since he would fight for his shirt in midfield in previous eras. Gary Brabin was the gaffer that the Scot took over from and to be fair he had put some plans and promising players in place, forward Andy Cook joining from Barrow in the summer of 2016 as a prime example. However, there needed to be someone with winning experience and leadership to get the best out of the crop of players. Thus, when Micky Mellon came available after leaving Shrewsbury Town and moved back to Merseyside the club felt united again. United through having a sense of belief, motivation and admiration for who was at the helm. Feelings and emotions which have stayed to this day and were put firmly on show when the club was having an awful time in League One, possibly losing at the time, and Prenton Park erupted with a chant of ‘There’s only one Micky Mellon’ and ‘Micky Mellon’s Super White Army’. Micky came to Merseyside when the Whites were in the National League, he departed after many finals and very memorable wins but, of course, a deeply unfortunate PPG demotion decision.

I can only speak from my experiences but I’m sure that what I feel is shared by others also. I mean, scrolling through Twitter just then I came across a tweet which epitomised Micky’s class and how he makes fans of all ages and backgrounds feel special. @TranmereCrohnie recalled one of his loving moments from the Scotsman, ‘One fan day at PP Micky was walking back to his car as was I with my youngest, who was ten at the time. My son, Harry, pointed over towards Micky, who clocked this, he then came over to us and asked Harry if he could have a photo with him. Harry said you want one with me?’. Mellon has a way of making you feel special, making you feel entertained and making you feel important as this is your club and it is one in which he is proud to represent. When Micky was last at Rovers, me and my mate would wait for him by the players entrance at the end of every game to talk to him about what the game was like from his perspective. We would get a photo, hopefully Mellon remembered who we were but didn’t remember the hundreds of times waiting for the camera to be clicked! And we would talk about our lives at the present time, as we embarked on our GCSE’s and going the game was one thing that would take our mind away from the pressures of those exams. I had some aspirations of becoming a coach thus I asked if I could be part of his coaching staff, seeing how he did things etc on a relatively day-to-day basis. He said that I could and what an opportunity that would’ve been. Sadly, through other working and education circumstances it wasn’t something I could commit to but for him to allow me the chance of doing that shows the man’s class, his trust in fans and the way that he truly does want the best for Tranmere supporters.

It wasn’t all plain sailing. There were moments were you would have your head in your hands, the recruitment wasn’t the best at times as your mind thinks of forwards such as Jordan Ponticelli etc and some of the games would leave you upset for days on end such as the play-off final defeat against Forest Green. However, even for that performance you could argue that we were unfortunate with injuries etc. You can look at other games though, cup ties against the likes of Manchester United where we were battered at home and even Phil Jones managed to net against Scott Davies. Yet, just like the game away to Oldham Athletic in midweek when Rovers were fighting for promotion to League One, fans stayed optimistic as there was a great sense of unity and admiration for the gaffer, the coaching staff and the players on the pitch who followed the Scotsman’s words and fought for the club and their demands. Thus, when you think of the negatives and there were some please do consider the positives also. As, like I said in previous articles .. Mellon wants to be here and you don’t need much convincing of that.

So what can fans expect?

Tranmere supporters, going into the new season, can expect a team who will fight for the club and their places and will thus be awarded with a successful and strong minded side which will inevitably lead to another glorious fist in front of the travelling fans in a packed away end or the iconic kop!

However, there is a grand job to do this summer. In my opinion, just like the mind’s of many others, a relative rebuild is needed and you would be right in saying that losing the services of James Vaughan and Danny Lloyd hasn’t been the best of starts to the off season. At the time of writing, it is June 1st and this is the reported date for when Mellon will be officially taking over following a campaign away at Dundee United. This is normally the date for when the retained lists come out and it will be interesting to see who is placed on that this time round, I’ve got a few in my mind who I’d like to see leave but to keep (some) of my reader’s respects I won’t deliver my thoughts on that too early and ultimately, it’s something that Mellon needs to have the full control of. The Palios’ need to back him as he searches for players who want to be successful at Tranmere, there’s plenty of work that needs to be completed before a ball is kicked in hopefully a Covid-restriction free Prenton Park. I’ve got full trust and faith in all of those at the top, it’ll certainly be interesting though.

Ian Dawes and Andy Parkinson will remain at Tranmere Rovers as they have been named Micky’s assistant and first team coaches. This adds to the excitement and anticipation as Mellon has great respect for both men and as we have seen throughout the course of the 2020/21 campaign they both have great respect for Rovers fans and the way that football should be played.

Micky Mellon’s best Tranmere team throughout his first spell, in my opinion .. I could’ve missed out a few!

I’ll keep you updated with all the latest football news, thoughts and features this summer via ‘www.EthanHoijord.com’. Get ready for an action packed few months! 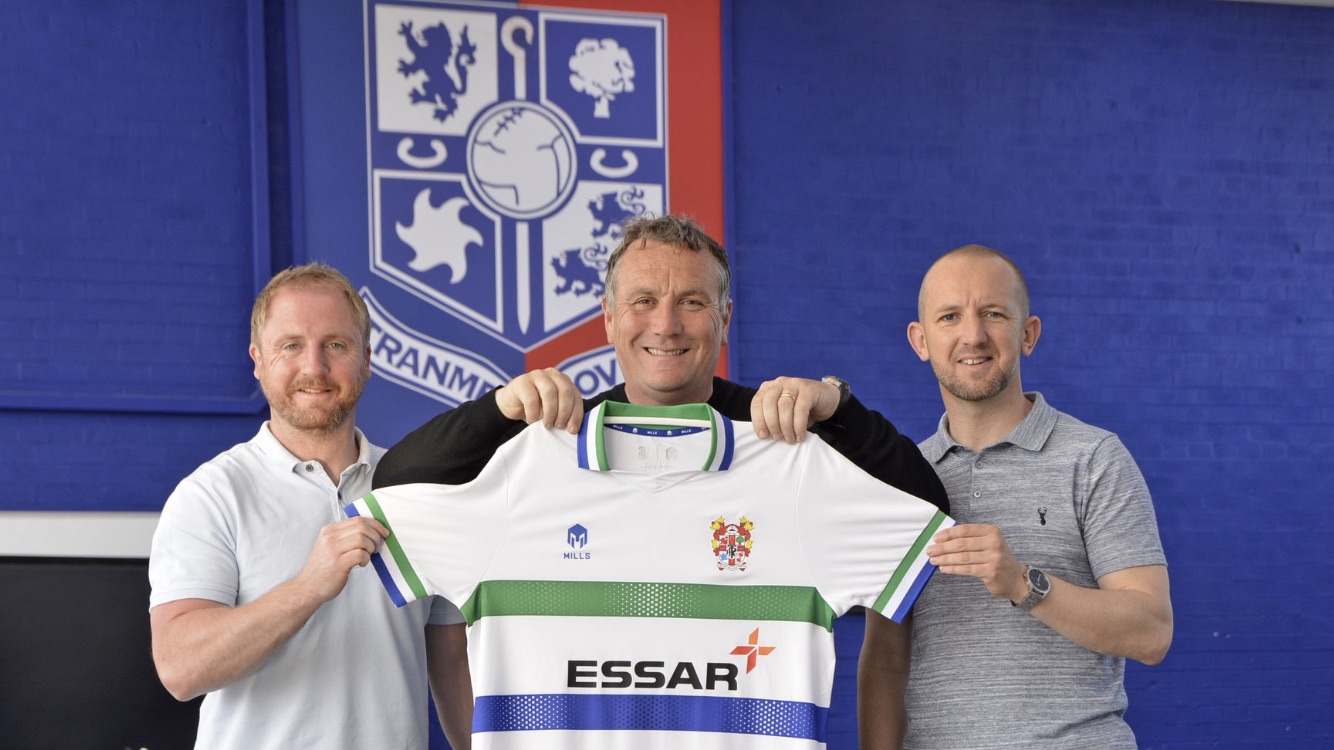